Our mission at Sky Park Farm is to deliver affordable excellence across our whole food offer. From the produce supplied to our kitchen for our mouth-watering dishes, to visitors looking for quality groceries to take home, we champion local suppliers, delivering exceptional quality produce. From Hampshire to Sussex and Surrey, we are blessed to have superior producers, who are winning awards for outstanding produce. Our 30 mile initiative celebrates this quality local offering.

Troels originally hails from Denmark where the concept of ‘hygge’ is part of the national psyche. ‘Hygge’ describes a feeling of well-being and contentment found through simple pleasures such as laughter, friendship, light and good food. SØDT (pronounced ‘soot’), means ‘sweet’ in Danish.

In line with Sky Park Farm’s local sourcing ethos, Hygge Bakery is just 15 miles away and they source their ingredients as locally as possible, preferring to support small producers. 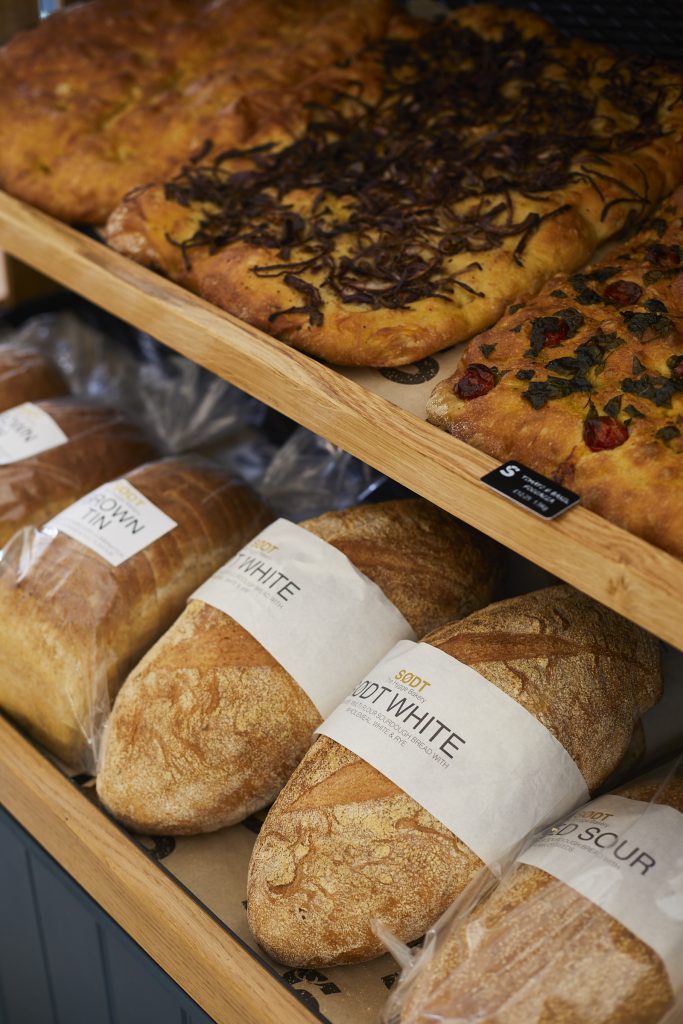 Once described as a ‘free-range chicken utopia’, Hallgate Farm in Petworth prides itself on the highest standards in welfare for its chickens. The Hallgate team, Nick and Helen, ensure that their hens roam freely through paddocks during the day in […]

Now entering its 62nd year, Hennings Wine was first established by Charles Hennings in Pulborough in 1960, initially as a delicatessen but soon specialising in spirits and wine. A family firm with, at one time, three generations working side-by-side, Hennings […]

River Coffee Roasters is on a mission to source, roast and supply unique and exquisite specialty coffees, aiming for a ‘sustainable journey from bean to cup’.  Sourcing their coffee through ethical relationships, they collaborate directly with real people and communities […]

The Garlic Farm on the Isle of Wight was originally founded over 60 years ago, when ‘Granny Norah’ first planted a few cloves in her garden.   Since then, inspired by an interest in and a love of garlic, generations of […]

Troels Bendix has a long history of bread-making and in 2015 he founded SØDT bakery in Petworth. SØDT bakery produces traditional artisan breads and pastries using natural ingredients and slow fermentation for depth of flavour. Their wide range includes white, […]

NOBLE AND STACE CHOCOLATIERS Every one of the Noble and Stace chocolates is handcrafted in their dedicated chocolate kitchen in Midhurst by Mike, their expert chocolatier. Searching out award-winning local ingredients from fellow artisan producers who share their passion for […]

Meon Valley Milk is a family run farm located on the edge of the South Downs in the village of Southwick. The family has  produced high quality milk for over 35 years from a pedigree herd of 140 Holstein cattle.  […]

Hampshire Cheese Company is based in Herriard, 20 miles away from Sky Park Farm and nestled in the green valleys of Hampshire. The multi-award winning, artisan cheesemaker has joined the ranks of the best cheeses in the world with their […]

The Tinwood Estate is situated in the heart of West Sussex at the foot of the South Downs National Park and just 15 miles from Sky Park Farm. Tinwood produce the most delicious sparkling wines and we’re delighted to be […]