At Sky Park Farm we have an eye on the past and our sights on the future. Inspired by the days, long ago, when Harting was famed for its deer parks, our family-owned farm is now devoted to deer. We breed deer. We farm deer. Our butcher offers prime cuts of venison and other meats. Our Visitor Centre celebrates the varied delights of deer. Our cafe menu includes dishes featuring lean, healthy venison. Although we’re devoted to deer, our cafe and butcher offer a wide range of meats and we cater for all dietary requirements.

Join us in our venture. Get close to our large herd of majestic red deer. Let your children loose in our adventure play area. Explore the farm trail and take a break by the river. Picnic in our grounds. Check the local produce in our farm shop. Join us for a meal. Or simply stop by for a coffee and a cake. You’ll play a part in reviving the glorious heritage of Harting in the South Downs National Park. 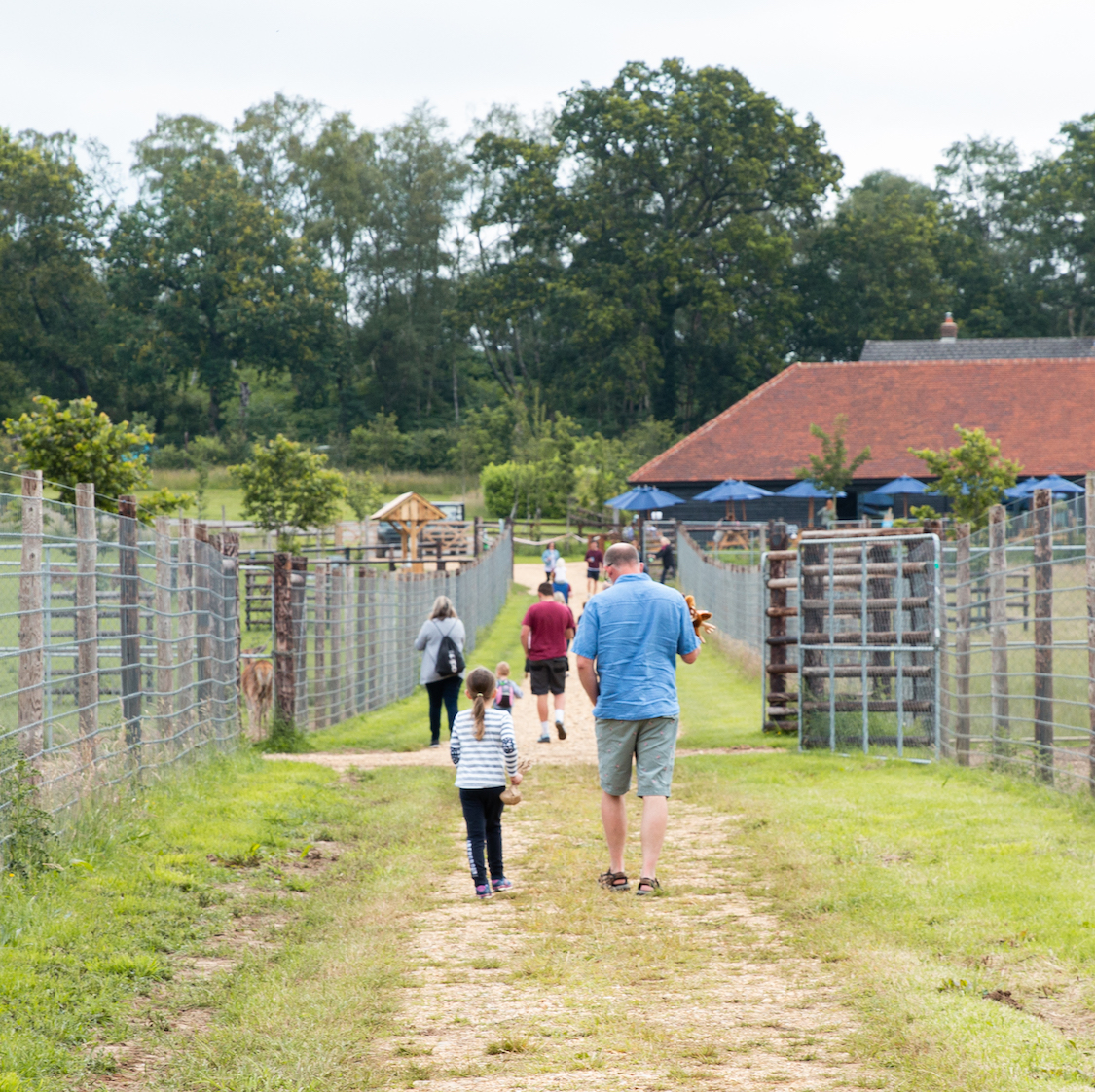 For around 800 years, from medieval times to the 18th century, the Manor of Harting was known for its private parks containing both red and fallow deer in landscape parkland. Ownership of such deer parks was a symbol of high social standing, with the Lords of Harting owning three for much of this period.

The local deer parks were especially reputable. According to A History of Harting, published in 1876, the Duke of Richmond and three succeeding Bishops of Chichester declared Harting deer to be ‘the best venison in the world’.

Today, Sky Park Farm lies just across the road from one of the original Harting deer parks. Remains of the banks and ditches made to enclose the deer can still be seen and earthworks mark the site of its hunting lodge.

Husband and wife team Pierce and Victoria Noonan bought Sky Park Farm in 2016. They took ownership of a dilapidated 75-acre farm that had been neglected for many years.

This was actually a blessing in disguise, as features that may have fallen victim to farming practices during this time remained untouched. These include stretches of magnificent oak trees and a section of railway embankment dating back to the days when steam trains chuffed between Petersfield and Midhurst.

The new owners aim to revive the ancient tradition of red deer in Harting, inviting visitors to experience life on a working farm. Unlike the medieval Lords of Harting, however, who presented gifts of venison to their aristocratic friends, the venison will now be available to all... at our butchers.

Our family-owned farm is managed by a dedicated team of specialists. Our Estate Manager is a recognised authority on deer husbandry. Our Executive Chef is a culinary innovator. Our Front of House Manager and Farm Office Manager have proven track records. And our owners combine an enterprising spirit with a commitment to preserve the farm’s rare parkland landscape. Each team member brings different skills and talents, yet they share a common outlook. Individually and as a team, they’re devoted to deer. 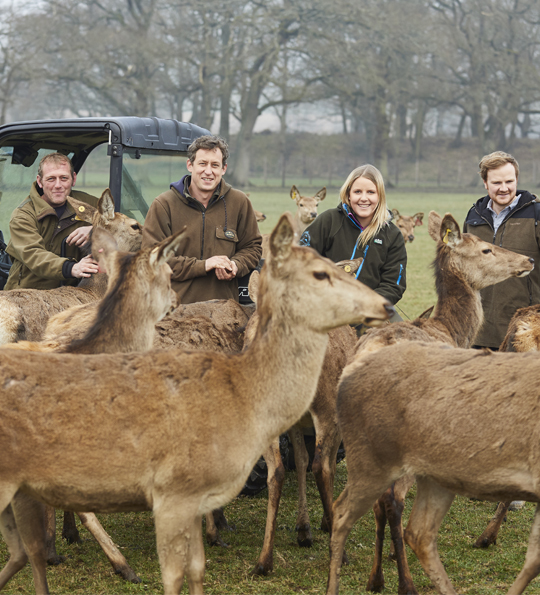 Maybe you crave the outdoor life and enjoy working with animals. Or perhaps you seek a career in hospitality. Think you can contribute? Send us an email explaining how.

As a working deer farm there will be occasions where parts of the farm may need to temporarily close for operational reasons. In such instances we will give you as much notice as possible.

*Only hot drinks and snacks will be available at The Grazing Rooms bar.