White Red deer are rare in the UK, with only a handful of sightings in the wild reported over the last few decades.

The white colour is explained by leucism, a unique condition that has resulted in their hair and skin losing its natural colour. White Red deer are not albino – in fact, the chances of a pure albino deer being born are about 1 in 20,000, according to John Bates, Wisconsin Northwoods naturalist and co-author of White Deer: Ghosts of the Forest.

In certain cultures around the world, stories and myths have been told for centuries about white deer. Striking in appearance, the white stag or hart, often appeared in stories relating to the forests around King Arthur’s court, sending the knights on adventures against gods and fairies. One fable relates how King Arthur arrived at Sir Pellinore’s Well, a magical site, without his hunting party or his horse after pursuing a white deer. The white stag was also the heraldic symbol of England’s King Richard II and even makes an appearance in Harry Potter as Harry’s Patronus Charm! 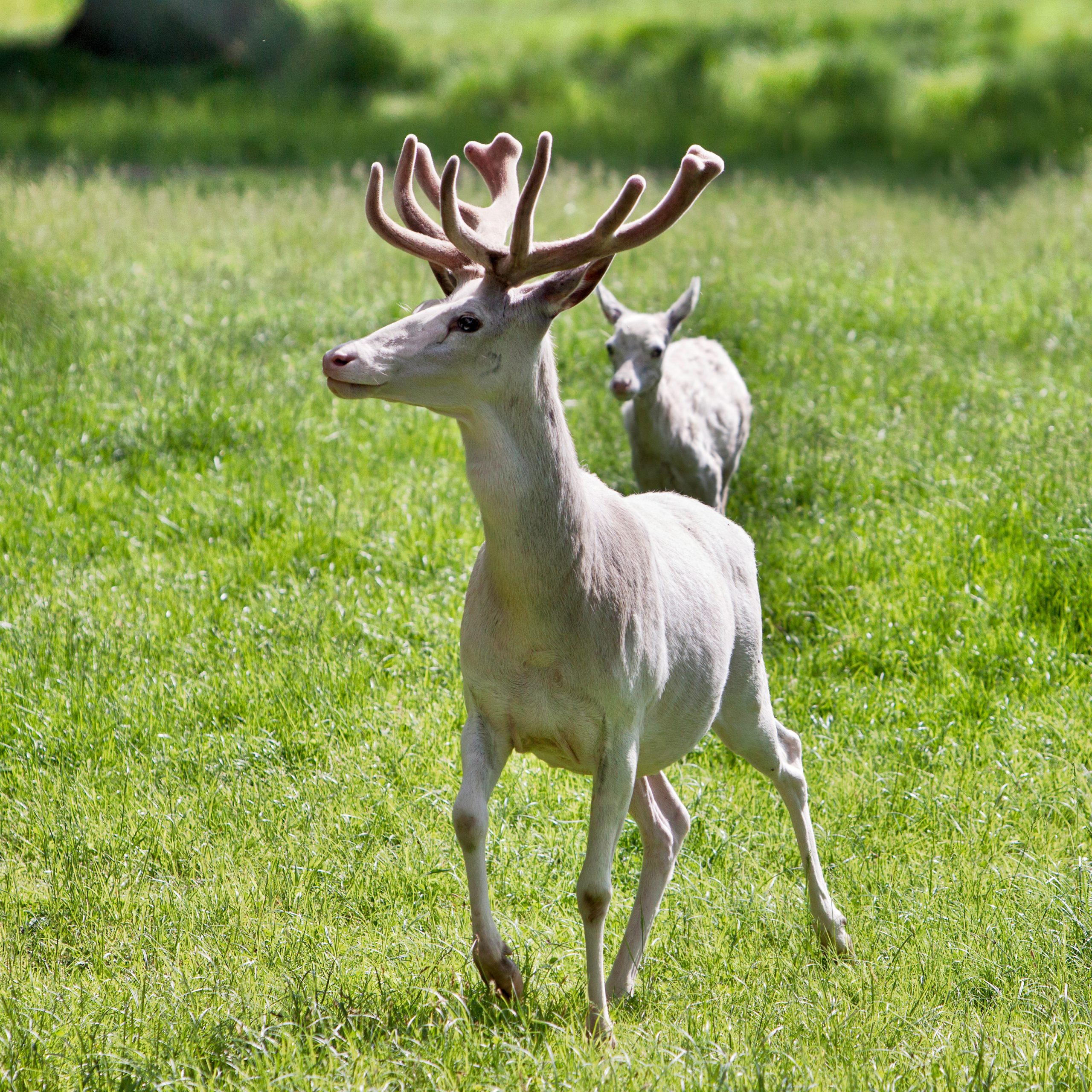