Antlers are essentially like bone. The deer grow and cast their antlers annually. This cycle is driven by changes in testosterone levels. The older animals tend to cast first, usually starting in mid March. Some of the younger stags will cast as late as April and potentially even into May.

Once cast (where they shed), tiny buttons are left – circles of tissue from which the new antlers start to grow. It is a matter of days before the velvet (growing tissue) starts growing over the pedicle. By late July/ August the antler is fully grown and rising testosterone levels causes the velvet to shrink and blood supply to dry up. The velvet peels off (“in tatters”) and they will rub their antlers on trees and shrubs to clean their antlers. This stage is “hard antler”. They retain their antlers through the rut (Sept-Nov) and the following March reduced testosterone levels cause the pedicle and antler to separate.

The antlers look most magnificent when fully grown in late velvet in July.

The entire cycle lasts about 5 months. The fastest recorded growth was 25mm per day – the fastest living growing tissue in any mammal. The antler cycle is unique in the animal kingdom. 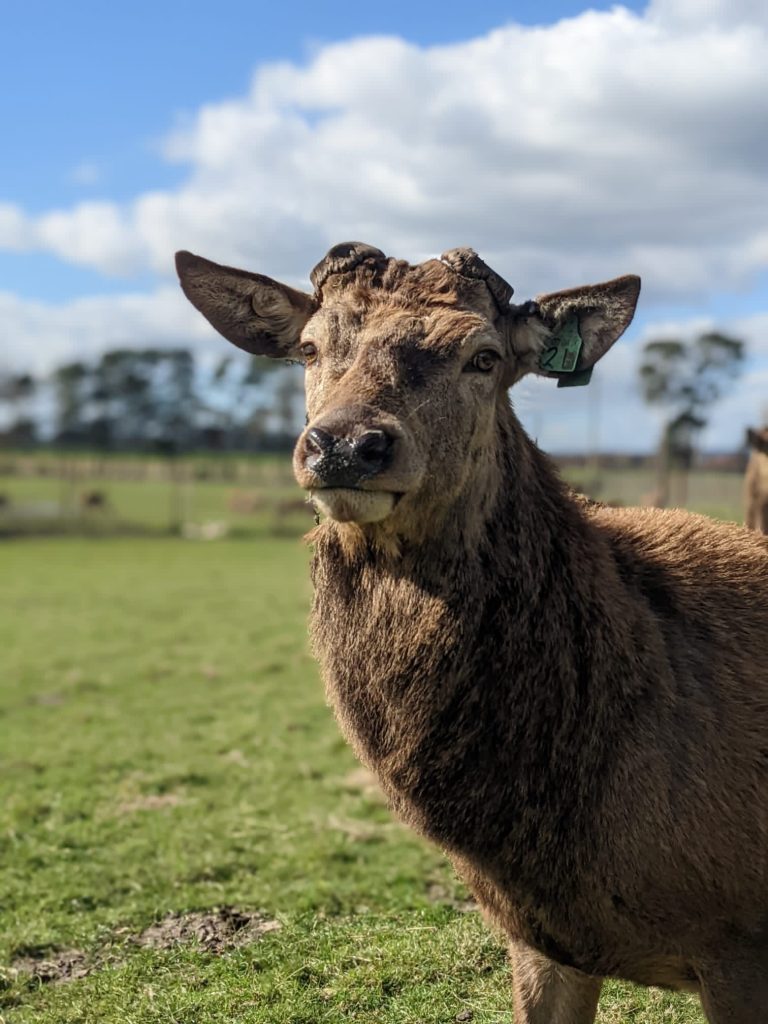 At Sky Park Farm we really love bees and honey!  May is a busy time for beekeepers across the country.  Our beekeeper, David, is nurturing 14 new hives in our new apiary situated beyond the Farm Experience car park. The […]

Calving season is nearly upon us!  Our red, white and sika deer hinds will soon be giving birth to their calves, with their calving season starting early May and ending in June.  Deer hinds have a 7.5 month (232 days) […]

Sky Park Farm is one of the South’s best new venues with the finest Butcher, Delicatessen, Farm Shop and The Grazing Rooms restaurant. With a strong reputation for premium quality produce, excellent service and a memorable experience. We’re recruiting for […]